Wiikipedia
Register
Don't have an account?
Sign In
Advertisement
in: Quality articles, Sports, Base sports,
and 4 more

Air Sports is a group of sports in Wii Sports Resort that take place in the sky above Wuhu Island and Wedge Island. The sports features three minigames, which are Island Flyover, Skydiving and Dogfight.

The goal is simple: link up with the other skydivers to form groups of five, then pose for a photograph where you can earn 1 point for every skydiver in your group, and another point for each one that's facing the camera. Eventually you'll see a meter displaying the distance you have left to skydive until you form the final formation. Fly through the rings and the final photograph will be taken.

The player's skydiver is controlled directly by the movements of the Wii Remote. To fall slower, hold the Wii Remote flat. To fall faster, tilt it straight down. Tilt the remote in any other direction to move around. Once you've linked up with other skydivers, rotate the group by spinning the remote.

Except for the collection of Stamps, there really is no objective to Island Flyover besides exploring the island from the air. The principal goal of the minigame is collect all the 80 iPoints by flying toward it, adding it to your list of locations.

to cut the engines. Press

to fire your Balloons Blaster to pop Balloons. Press

to fire your Flare if you're lost; Miguel will then fire his flare, allowing you to see where he is.

In base precise number of iPoints collected, the player will unlock some features. 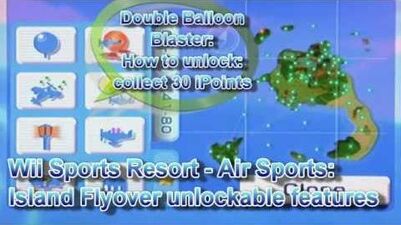 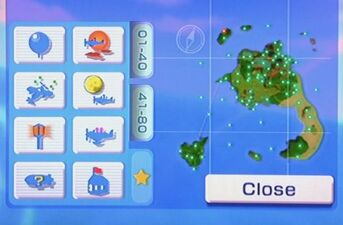 All the features unlocked

In this two-player face-off, each player has a large balloon attached to the back of his or her plane indicating how many times you can be shot before the balloon pops. You start off with 20 points, and can get up to 30 points. You can also lose points if the balloon hits something (for example, a building), and you'll lose half your points if you crash. Periodically more balloons will appear at a marked location, earning you 10 additional points if you fly through them.

As Dogfight is solely a multiplayer game, there are no stamps. 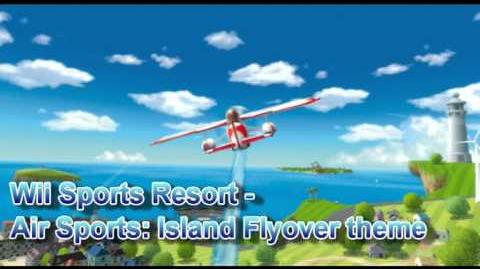 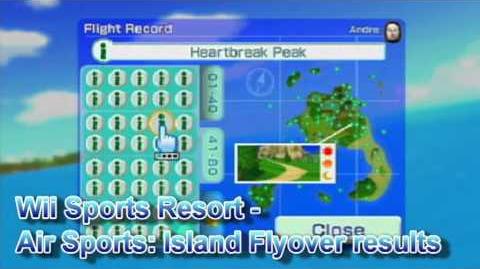 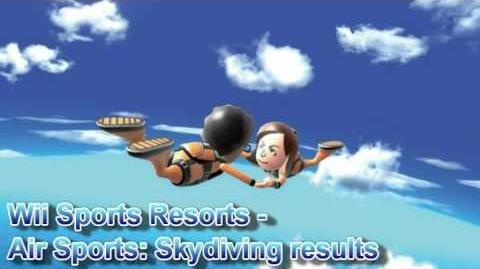 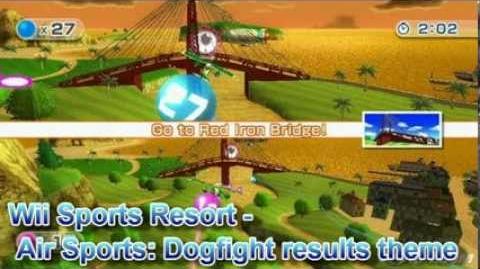