Whales are a type of marine mammal that live in the ocean around Wuhu Island and Deserted Island and less frequently near Wedge Island. Dolphins also live around the islands.

Mii News reported that a whale stranded on a beach, but was indeed a plastic toy.

Whales appear both in Wii Sports Resort and Pilotwings Resort.

Based on the physical appearances, the whales around these islands are supposed to be a kind of larger sized rorqual (the largest group of baleen whales), but neither usual rorquals nor humpback whales. General appearance including head shape, two blowholes, and pectoral fins resemble that of larger rorquals (such as blue and fin whales) while the flukes and underbelly marks of the whales and surface activities resemble that of humpback whales. These factors indicate, if the ecosystem of this series follow that of our world, they are hybrids or unique type of rorqual whales with very large, set forwarded dorsal fins while belly markings and shapes of pectoral fins also resemble that of right whales.

Many whales migrate around the islands including much smaller and less bulkier individuals, possibly juveniles.

A group of Miis called the Whale Watchers ride out in boats to observe the whales up close. The whales can be seen in Island Flyover and in Power Crusing's practice mode in the Northern Ocean Area. In Island Flyover, they can be seen better when they perform breaching or lobtailing, but they usually do not allow the player to get close to them, disappearing under the waves after the player gets too close. 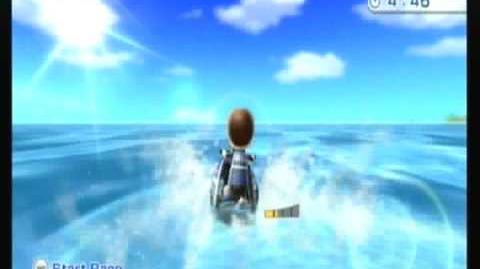 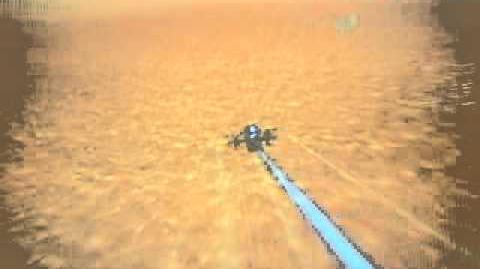