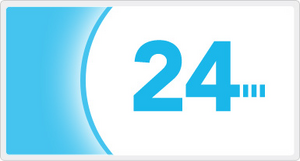 WiiConnect24 was a feature of the Nintendo Wi-Fi Connection for the Wii console. It was first announced at the Electronic Entertainment Expo in mid-2006 by Nintendo.[1] It enables the user to remain connected to the Internet while the console is on standby.

WiiConnect24 is succeeded by SpotPass, a different trademark name for similar content-pushing functions that the Nintendo Network service can perform for the newer Nintendo 3DS and Wii U consoles. The trademark name "SpotPass" is more suited for generic Nintendo console usage without exclusively tying it to the Wii console as the former "WiiConnect24" name had done.

Despite the fact the Wii U is backwards-compatible with Nintendo Wi-Fi Connection, allowing Wii games to remain online, the Wii U hardware itself does not support WiiConnect24. The basic reason for the lack of News and Forecast Channels in Wii Mode is that they both require WiiConnect24.

On June 28, 2013, Nintendo terminated the WiiConnect24 service features globally. Consequently, some Wii channels that require it, as well as data exchange via Wii Message Board and games that use the service, such as the Everybody Votes Channel, Forecast Channel, and several others, have been rendered defunct. [2]