The Wii MotionPlus is an expansion device for the Wii Remote that allows it to capture complex motion more accurately. According to Nintendo, the sensor in the device supplements the accelerometer and Sensor Bar capabilities of the Wii Remote to enable actions to be rendered identically on the screen in real time. It was released in 2009 and soon became packed-in with Wii Sports Resort.

Wii Sports does not feature enhanced gameplay with the attachment, which was one of the reasons that led to the making of Wii Sports Club.

When playing Wii Sports Resort, if the accessory becomes disconnected, a message will pop up telling you to reconnect it.

In 2010, a new model of the Wii Remote was released titled the Wii Remote Plus. It featured Wii MotionPlus capabilities that were inside the remote, meaning that the attachment was unnecessary. It eventually replaced the early model. 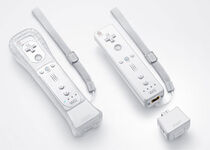 Wii Remotes with the MotionPlus. 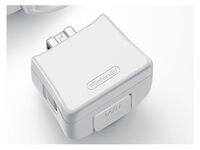 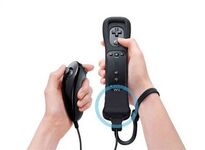 A black Wii Remote with Wii MotionPlus and a Nunchuk. 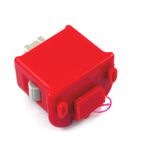 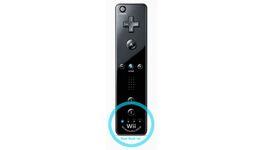 A Wii Remote Plus.
Community content is available under CC-BY-SA unless otherwise noted.