Wiikipedia
Register
Don't have an account?
Sign In
Advertisement
in: Articles under construction, Wii Party (series), Nintendo,
and 3 more 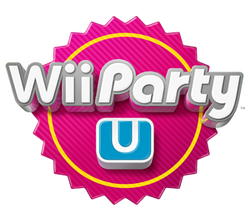 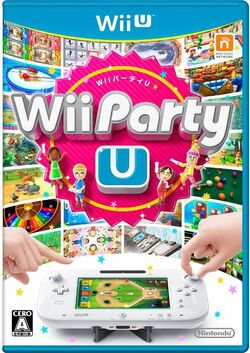 Wii Party U is a party video game made by Nintendo for the Wii U. It is the sequel to the 2010 Wii game, Wii Party.

Wii Party U is a multiplayer video game consisting of a standard board game with mini-games. Over 80 different new mini-games are available. Multiple people can play mini-games using the Wii U GamePad. "House Party" games also return from Wii Party, and focus on various implementations of the Wii U GamePad and Wii Remotes among a group of people.

In Japan, the game was very well received, selling around than 70,000 physical copies on its first week, boosting Wii U sales system to 38,000 units sold. During the holiday season, the sales of the game were considerably higher, generally occupying the top of the Japanese charts. As of December 31, 2013, more than 518,000 units had been sold only in Japan,[1] entering the year-end Japanese chart at number 10.