Wii Sports Club is the third installment of the Nintendo series Wii Sports, released as downloadable software for the Wii U. It consists of HD remakes of the individual sports from the 2006 Wii launch title, Wii Sports, which can be purchased individually or rented for a period of time.

Similarly to Wii Sports, players use the Wii Remote to mimic movements made during various sports. However, the game requires the use of Wii MotionPlus, unlike the original but similarly to its sequel Wii Sports Resort, in order to refine the controls and enhance the gameplay,[1] such as the ability to perform specific tennis shots including topspin and slice, which were absent from the original. Players are able to join different 'clubs' representing various regions across the world, and compete online with other members of the club.[2] [3] Players are locked into their chosen  club for 24 hours, in order to create a closer sense of community.[4] Players are ranked within their clubs, and clubs are able to compete with and be ranked against other clubs. Miiverse communication is also supported, and players can communicate in-game using preset messages and drawings from the Wii U GamePad . Some of the sports also feature ideas from a concept video shown at E3 2011 when the Wii U was first unveiled. During golf, the GamePad can be placed on the floor to display the ball on the ground, using a Wii Remote to swing over it.

The game was announced during a September 18, 2013 Nintendo Direct presentation focused on another game in the Wii series for Wii U, Wii Fit U.

The first screenshots and gameplay videos were shown, along with various details about new features to the sports.[5] It was detailed that the game will launch with bowling and tennis, with others from Wii Sports to be released at a later date.[6] All sports can be either rented for a 24-hour period in a 'Day Pass' or individual sports can be purchased outright for a higher price. A free 24-hour trial will be offered following initial download and installation of the software, after which the fees will be required. The game will be released exclusively on the Nintendo eShop, with no announcement of a retail release, as a push of Nintendo's digital distribution strategy, with some ideas compared to Wii Fit U.

The sports are released separately from each other, they can be downloaded in the Nintendo eShop via SpotPass. 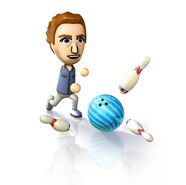 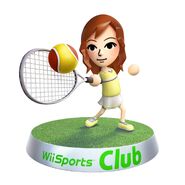 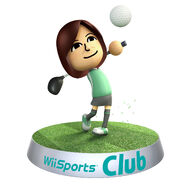 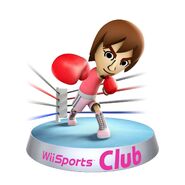 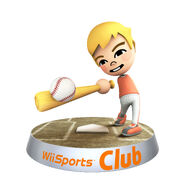 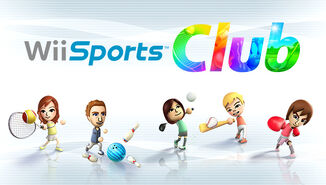