The Wii U is Nintendo's eighth-generation home console and the successor to the Wii. Along with the introduction of HD graphics to Nintendo consoles, one of the console's defining features is the innovative tablet-like controller, the Wii U GamePad.

The Wii U is the first Nintendo console to support high-definition graphics, meaning that it is capable of producing video output up to 1080p, and has 2 GB of RAM with half dedicated to the console's operating system.

Since the early years of the Wii, some speculated that Nintendo would release an HD version of the console, commonly referred to as Wii HD, since it was the only console of the seventh generation not to feature high-definition (1080p) graphics.

In April 2011, an anonymous source stated that Nintendo was planning on unveiling their next console, Project Café, at E3 of that year. It was also rumored that the system would have HD resolutions, be able to play Wii software, and have a new controller with a built-in high resolution screen. It was also said that the machine was significantly more powerful than the PlayStation 3 and Xbox 360.

Many claims focused on the new controller, which would feature dual analog sticks, a standard D-pad, two bumpers, two triggers and more. The functionality of the new controller was compared to a Nintendo GameCube controller; other sites compared the controller to an iPad with buttons. They also added that there would be a front-facing camera on the controller, six-axis motion controls, as well as a built-in Sensor Bar, and would feature a single-touch 6.2-inch touchscreen. The console was also stated to resemble a modernized Super Nintendo Entertainment System. Names for the system, such as the Nintendo Stream, Nintendo Feel, and simply Nintendo, were tossed around.

On April 25, 2011, Nintendo released a statement officially announcing a system to succeed the Wii. They simultaneously announced that it would be released during 2012, and that playable console units would be present at E3 2011, confirming the majority of the rumors. Nintendo CEO Satoru Iwata said that the system would "offer something new for home game systems" and would be released in the fiscal year of 2012. The prototype version of the console was unveiled at the event as promised, though Nintendo's stock fell almost 10 percent that day, with analysts not believing that the Wii U's controller was as innovative as the Wii Remote.

On October 28, 2011, Gamespot released info that Nintendo will have the final layout for the Wii U at E3 2012. They also stated that the Wii U will be cross-platform compatible with certain titles alongside the Nintendo 3DS, certain titles have been confirmed.

On January 26, 2012, Nintendo president Iwata told investors that the Wii U will be launched by the 2012 year end shopping season in all major regions.

On September 13, 2012, Nintendo announced the release date and price information.

On November 18, 2012, Wii U in America was released. COO and President of Nintendo of America Reggie Fils-Aime was in New York to start countdown of Wii U

In early 2017, just a month before the release of the Nintendo Switch, Wii U was discontinued. The probable reason was because in the same time period after their launches, Wii sold 100 million copies, while Wii U only sold 13 million.

The Wii U GamePad is the main controller for the Wii U, and up to two GamePads can be connected per console. The console is also compatible with up to four Wii Remotes (Plus) with a Nunchuk/Classic Controller attachment, or up to four Wii U Pro Controllers for more traditional controls, or a combination of the two. The console also supports the Wii Balance Board and every official Wii accessory.

The Wii U GamePad is the Wii U's primary controller and comes bundled with the console. It features a built-in 6.2 inch (15.7 cm) 16:9 resistive touchscreen, which can either supplement or replicate the gameplay shown on the television display. It also features a built-in front-facing camera and sensor strip, a built-in microphone, stereo speakers, and supports NFC.

The Wii U GamePad, however, is not compatible with the original Wii. 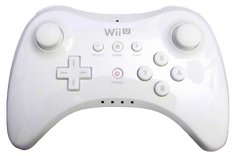 The Wii U Pro Controller is the tertiary controller (the secondary being the Wii Remote). It is designed similarly to the Wii Classic Controller Pro and the Xbox 360 controller, looking more like a traditional gaming controller. 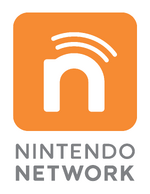 Nintendo outlined that the Nintendo Wi-Fi Connection was created as a way for developers to experiment with their own network infrastructures and concepts, whereas the Nintendo Network is a fully unified network service. Nintendo Network provides the means for online multiplayer and other online interactions such as leaderboards and communication, as well as downloads and streaming media services. The Wii U uses a user account system much like the PlayStation Network and Xbox Live, called Nintendo Network ID. One Wii U system can contain up to twelve user accounts. The user account system on the Wii U replaces the previous friend code model that was used on the original Wii, but does not eliminate use of friend codes on Wii games using the Wii Mode. The Nintendo Network administration team also has administrators to remove inappropriate content from its services, such as Miiverse.[3]

Similar to Nintendo 3DS's more distinctly mobile SpotPass functionality, the SpotPass feature is an online utility which is built into the Wii U console. It allows the Wii U to automatically download available content via wi-fi in the background even when the Wii U is already running an application, or powered off in sleep mode. Content that can be downloaded via SpotPass include full game and application downloads, firmware updates, patches, and specific in-game content. It can be customized to fit the user's preferences, including opting it out altogether for selected software. Content currently being downloaded can be viewed in the Download Manager, accessed via the Wii U's Home Menu. 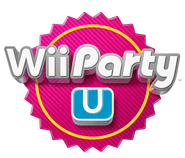 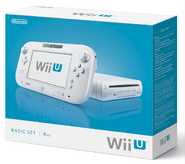